As led screens become more popular, competition in the industry has increased in recent years. In order to survive in a highly competitive market, LED companies should shift their focus to new markets in the LED industry. So what is the main market for the LED industry now? 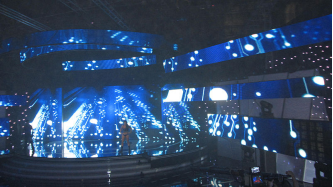 There is still much room for growth in the rental LED market. The global LED stage market has reached US$740 million this year, up 14% year-on-year. It is expected that the growth rate will slow down slightly in the next few years, but it will still increase. By 2020, the size may increase to $1 billion. From the high-end rental products of Chinese companies that often appear at overseas exhibitions, we can understand the enthusiasm of LED display manufacturers for this market. Many companies have already occupied large markets in the European and American markets. Currently, small-pitch LED screens in the rental market are still in trial use. P3.91 will remain the mainstream of the market in the next few years. Considering all the factors, the small-pitch rental screen may be the main product of the rental market in the next three to five years.

As the demand for personalized products continues to increase, creative displays may become a new direction for LED manufacturers. As a representative of the creative picture, the alien screen has emerged in this field. Due to its unique display style, it attracts the attention of many customers. In addition, in addition to the visual impact of unique shapes, some companies began to add other interactive features, such as VR, 3D, etc., which made the creative display a new trend in the LED screen industry. 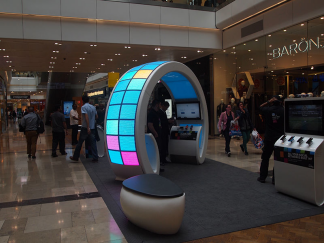 All in all, if leading companies want to survive in a highly competitive market, they need to be able to find opportunities, not only to follow the mainstream, but also to take a new direction.